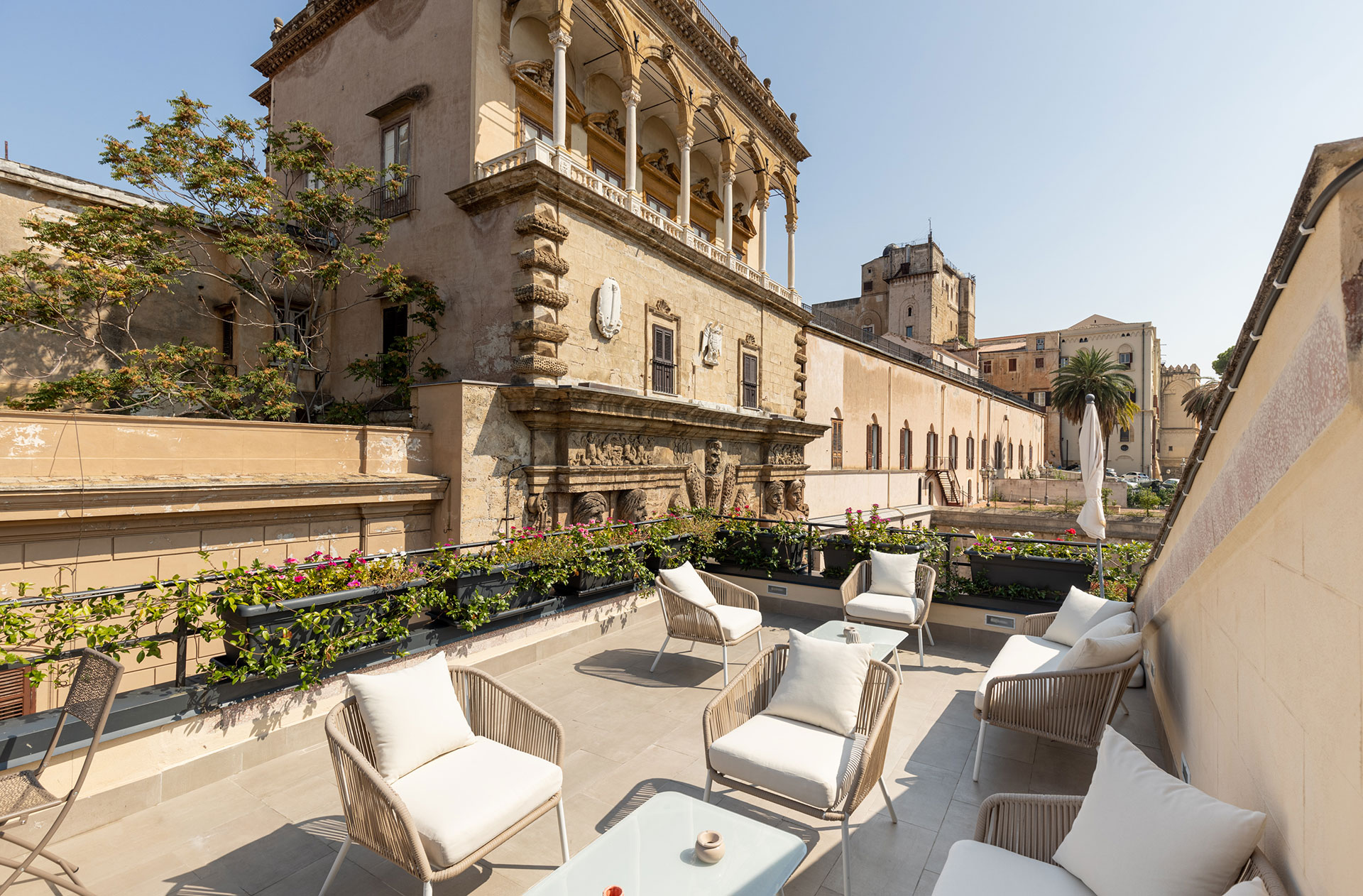 Palermo, capital of Sicily, pearl of the Mediterranean Sea. Palermo, Arab-Norman city, with its thousands of colors and different cultures, land of art and heritage, where each peddler, street food salesman and thousands of artists can make history.
Arab-Norman style is a unique style that can only be found in Sicily, particularly in Palermo. It’s a fusion between two different cultures that bumped into each other and came together right in Palermo after the year 1000, when the Normans occupied Sicily and kicked out the previous invaders, the Arabs. Palermo was rebuilt and embellished with new Catholicism inspired palaces and churches, but still under the deep influence of the Arabic culture which, at that time, was strongly perceivable. The result of this mash-up is, indeed, the Arab-Norman style, which has recently been included in the UNESCO World Heritage.

The route starts from the Porta Nuova monument and consists of the following stages: